Anubias rot is an uncommon disease that can affect anubias plants in the aquarium hobby. It is difficult to know how the disease starts or how to stop it from spreading. We will explain what anubias is, the possible causes and the best way to deal with it if you find it.

Why Is My Anubias Dying?

Before we dive into the details of anubias rot, let’s make sure your anubias isn’t suffering from other, more common issues. First, make sure your anubias plants are properly planted. The rhizome of an anubias plant is the thick, horizontal stem from which all its leaves and roots grow from, and it should never be covered up when planting it. If you would like to plant your anubias in the ground, make sure to only bury the roots and leave the rhizome on top of the substrate. You can mount your anubias to hardscape by tying it to driftwood or wedge it in cracks in rocks. (For more details on how to use super glue gel in aquariums, read this article.) The roots of the plants will eventually grow and wrap around the hardscape, making it difficult to remove.

Anubias are often attached to hardscape by sewing thread. It is important not to tie the thread too tight that it damages the rhizome.

Second, is your anubias still adapting to its new environment. Aquarium plants are generally grown out of water (or emersed) at the plant farms, but when you put them in your aquarium at home, they must get used to living completely underwater (or submersed). This often causes the leaves of your new aquarium plant to melt away, as it absorbs nutrients from the existing, emersed-grown leaves and creates smaller, submersed-grown leaves. Melting does not always occur with anubias (since they are such slow growers), but it’s one possible reason why your plant may be losing its leaves. A leaf may have been accidentally damaged in shipping, or while removing it from its pot. You will most likely have a healthy anubias if the rhizome is healthy and has new leaves within 2 to 3 weeks of planting.

Do I Have Anubias Rot?

One of the first symptoms of anubias rot is the loss of leaves. A leaf that has been lost to anubias is not as easily emersed or molten leaves. Instead, it often separates from its stalk at the end. The base of the stalk can feel wet or have some goo oozing at the ends. The discolored leaves on this anubias plant are growing from the rotting part of the anubias’ rhizome.

Anubias rot can be identified by the condition of the rhizome. A healthy rhizome should feel very firm and be light green. Infected rhizomes often have a mushy, or squishy texture. Additionally, the rhizome may be discolored and appear to be clear-ish jelly or yellow, brown, or even black. It may also have a foul-smelling, rotting smell depending on the severity of the disease. Finally, roots growing from or near the affected area of the rhizome often become discolored and rot away. The rhizome is rotting, and the roots growing from the infected area are starting to soften and disintegrate as well. 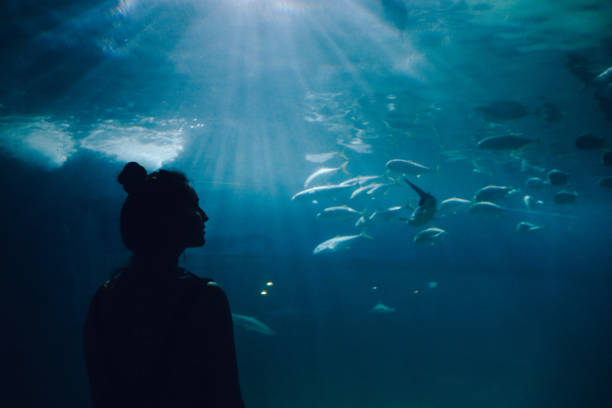 Researchers are still trying to determine the cause of anubias Rot. The current theories suggest that anubias rot is caused by bacteria or fungus. However, it is difficult to prove this because sometimes plants are weakened by initial infections and then secondary pathogens take advantage of it. Based on our experience selling thousands of anubias we believe anubias are present in all plant farms. It is impossible to avoid this unless you only buy tissue-grown plants.

How Do I Stop Anubias Rot?

Many hobbyists have tried using bleach, potassium permanganate, and hydrogen peroxide to cure anubias. But this disease seems to be resistant to most chemical treatments. Our testing with antifungal and antibiotic medications has been extensive over several weeks. However, we have not seen any healing or spreading of the anubias.

The best remedy so far is to cut off the soggy or discolored rhizome using a sharp knife or scissors. It may be possible to save any remaining anubias by removing the affected areas and leaving only the healthy tissue. This will allow the plant to grow into a healthy, large-sized plant.

The next step would be to contact the fish store or plant seller you got the anubias from. If you purchased your plant from Aquarium Co-Op, simply email our Customer Service with your order number and pictures of the rhizome rot, and we’ll be happy to refund or replace the plant. Anubias are a favorite beginner-friendly plant and we want you to enjoy them as much. Anubias nana petite is one of the most popular varieties because of its small size and compact growth.

If your plant is showing other symptoms, it might be caused by a lack of proper nutrients. For help in diagnosing your plant’s nutritional deficiencies, download our free guide.