Aquarium Salt: when and how to use It Properly 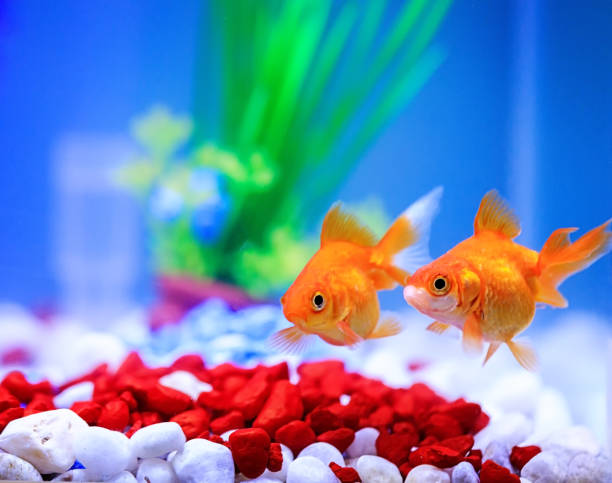 Aquarium Salt: When and How to Use It Properly

Can aquarium salt be used in freshwater tank? Some people recommend dosing it all the time to provide fish with essential electrolytes, while others say it’s mostly used for treating diseases. After years of testing with hundreds of fish, we’ve witnessed the true power of salt. Sodium chloride (NaCl) is one of the best, all-encompassing “medications” on the market that’s effective against bacteria, fungus, and external parasites. We love it because it’s cheap, readily available in all countries, never expires, and can be easily used in low to high concentrations.

However, the reason why we typically recommend our trio of medications to beginners is because different kinds of fish have different tolerance levels to salt, and it can be hard to figure out and remember the correct dosage for each species. Another disadvantage is that salt cannot be used with most live plants and snails. Finally, it’s easy to accidentally overdose salt, which may kill everything (not just the bacteria) in your freshwater aquarium. Nevertheless, with accurate measurements and careful usage, both new and experienced fish keepers can benefit from this highly effective remedy.

How does aquarium salt work?

Salt is the main cause of death due to dehydration. The aquarium water’s salinity is increased to draw out the bacteria, fungus or parasites. Osmosis attempts to balance the salt concentrations on the skin and membranes of each organism. Because the fish have more water and mass, these microorganisms are more likely to die than their hosts. However, some microorganisms can withstand higher salinity, which is why salt is not a 100% bulletproof solution.

Aquarium salt works by osmosis to kill parasites and pathogens.

Do I have to Use Salt All The Time?

As a preventative measure, or as a health booster, sodium chloride salt should never be taken on a daily basis. It would be like a healthy person misusing antibiotics and taking a pill every day to minimize risk of infection – eventually a superbug may appear that is resistant to the antibiotic and then your treatment options are greatly limited. Any fish disease that reaches beyond your “salt barrier”, will require a higher salt concentration to cure. This could be harmful to the fish. Salt can be a powerful tool that you add to your arsenal if it is used sparingly and only when absolutely necessary.

How to use salt as a medication

There are many types of salt. Salt can come in different sizes, purity levels and chemical compositions. However, for this article we will be using regular aquarium salt or NaClrock salt. We won’t use table salt, marine salt or Epsom salt. The measurements listed below are in the United States (US), customary units and not the British imperial system. Our method of treatment starts with the lowest level of salt and gradually increases if the symptoms persist. Salt can come in many sizes, so ensure you use aquarium salt to adhere to our treatment protocol.

Add 1 tablespoon (3 Tbsp) salt to 3 gallons water. The salt can be poured directly into an aquarium or hospital tank. However, some people prefer to dissolve it in a small amount of water before adding it. This salt level is similar to Neosporin topical cream for small cuts (in other words it’s not very powerful). It’s used to fight mild cases of bacterial and fungal infection. Plus, it gently irritates the fish’s slime coat, causing the fish to make more beneficial mucus that can block some parasites and microorganisms from reaching its body.

We’ve kept and sold thousands of fish at our fish store, and this level of salt is safe for virtually all fish – except anchor catfish. If the fish doesn’t improve, keep them in the salt solution for four to five days.


1 Tbsp Salt per 2 Gallons of Water

The next level of treatment requires a salt concentration of 1 Tbsp per 2 gallons. Level 2 is capable of treating a wider variety of illnesses. For example, this recipe can be used for treating ich (also known as white spots disease), for a duration of 10 days. If symptoms persist after five days, increase the concentration.


1 Tbsp Salt per 1 Gallon of Water

When medications and the lower salt levels have no effect, it’s time to bring out the big guns. This powerful solution will eliminate almost everything if the salt concentration is increased to 1 Tbsp per gallon. Level 3 treatment can be very difficult for scaleless fish and sensitive species. Make sure you do your research. Rasboras are salt-tolerant, as well as tetras and silver dollars, ranios, tetras and livebearers. Even Neocaridina cherry shrimp are quite hardy in salt, but we haven’t done much testing on Caridina crystal shrimp yet.

Salt in aquariums does not evaporate. When water evaporates, salt is left behind. When changing water, add salt only in the appropriate amount. For instance, if you’re treating 100 gallons of water at level 2 for ich, you need 50 Tbsp of salt initially. If you have to perform a 20% water alteration (or change out 20 galallons of water), then add back 20% of the salt or 10 Tbsp salt to the new water. This will maintain the same concentration. Be careful when measuring the salt because it’s easy to overdose the amount, and unlike most medications, salt does not breakdown over time. Salt doesn’t evaporate or disappear unless the water it was dissolved in is removed. Be careful not to overdose your aquarium.

How long should salt treatment last?

Keep the salt in the aquarium till the fish is healthy. Then, do water changes to remove the salt.

– At the end of treatment, do a 30% water change without adding any salt and then wait a week for observation. – Wait another week to see if the disease hasn’t returned. Perform a 30% water change, but don’t replace the salt. – If the disease recurs, increase the salt concentration to get the solution to a higher level. Either the original salt concentration was not strong enough to overcome the illness or the fish didn’t spend enough time in salt solution to fully dehydrate the pathogens.

Can I Use Salt for Fish in Quarantine?

You can treat fish with the low-sodium level 1 for up to 2 weeks. The solution should eliminate approximately 60% of possible illnesses. This technique can be used to heal any fish that has been injured and requires some time in a hospital tank.

While grabbing a box of fish medication may seem like the easiest answer, salt is remarkable because of its ability to treat mystery diseases that are hard to diagnose. Plus, certain countries are starting to restrict the sale of antibiotics and other drugs used in the pet trade to minimize risk to human and environmental health. Aquarium salt could be your best friend in the future when it comes treating sick fish.