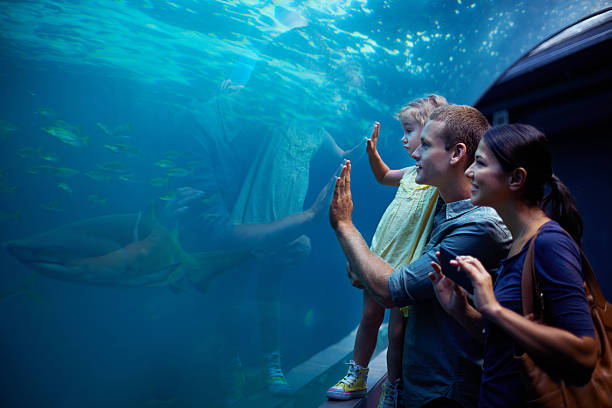 Between their iridescent colors and confident personality, German blue ram cichlids are one of the most striking freshwater fish in the aquarium hobby. When you see a healthy ram in breeding condition, almost every hue of the rainbow is displayed. In this article, we interviewed master breeder Dean to share his decades of experience in keeping, breeding, and raising this amazing dwarf cichlid.

What is a German Blue Ram?

Where did blue rams get their name? Ram Cichlids are from the Orinoco River basin, Colombia and Venezuela. The name “German blue” refers to a color variation of the ram cichlid that was selectively bred in Germany and became popularized worldwide in the aquarium trade.

What types of ram cichlids are there? There are three basic body shapes: regular, long fin and balloon. There are three most popular color choices: the electric blue, golden, and German blue rams. The ram cichlid is also available in black, but it’s still difficult to find.

This golden balloon ram was carefully bred to have a bright yellow color and a shorter body.

How big does a German blue ram fish get? Regular-sized blue rams tend to stay between 2-2.5 inches (5-6 cm) long, which is a little smaller than their cousins, the Bolivian ram cichlid (Mikrogeophagus altispinosus).

How long do German blue ram fish live? Because of poor breeding practices or improper care requirements, ram cichlids have the reputation for being less hardy compared to other species. If given lots of high-quality foods and clean water at the right temperature (see below), they can live up to 4 years.

Where can I buy German Blue Rams in Germany?

Ram cichlids usually come from three sources: overseas fish farms, domestic fish farms (from your own country), or local breeders. If you purchase from a fish store, most likely the fish were imported from overseas. The cichlids may seem to have brighter colors or longer fins, but be careful because overseas farms sometimes use hormones that will artificially boost their appearance but also negatively impact their longevity. If you purchase from a domestic farm in the United States, they are often raised in Florida and may come in better condition than imported fish. Local breeders are the best choice as the rams will be kept in water parameters similar to yours, which gives them a greater chance of flourishing.

How can you choose a healthy blue Ram? When shopping at a fish store, make sure to select a robust, active ram that eats well and perhaps spars with other rams over the best spawning spots. Avoid a ram with a thin belly, or any other signs of illness. Sick rams with these symptoms rarely recover, so pick the healthiest specimens possible. Dean suggests that you choose a male with long dorsal fins, nice pectoral fins, and a bright color. If you can find the female he is already paired with, you have a higher chance of successful breeding. Females can be easily identified by the fact that they have tiny, bright blue dots inside the big, black spot on the side of their bodies, whereas males lack any spangling on their black spot. The male is not able to see the spangling in his black spot.

How Do You Set Up a Ram Cichlid Aquarium?

Most beginners aren’t aware that the most critical component of their husbandry involves keeping blue rams at high temperatures, ideally between 84-86degF (29-30degC). If you want to add live aquarium plants to their tank, make sure they can tolerate the hot water. Rams like to dig so choose plants such as Java Fern and Mosses that don’t require substrate and can be attached with rocks and driftwood.

Water quality is essential. Give them partial water changes at least once a week because they need plenty of fresh, clean water and are quite intolerant of ammonia and other toxins. The risk of illness and death can be caused by a low water quality. As for water chemistry parameters, rams are fairly adaptable to a wide range of pH levels, but they do better in soft water or low GH conditions. To soften hard tap water, you can dilute it with RODI (reverse-osmosis deionized) water.

How many blue rams should be kept together? A pair of rams can live in a 20-gallon community tank or in a 10-gallon breeding tank with no other fish. If you wish to keep two pairs of rams, increase the aquarium size to 40 gallons so that each set has enough territory. For one of them to decide he wants to become tank boss, make sure there are plenty of hiding spots.

Can blue rams live alone? Yes, if you have an overly aggressive individual that doesn’t play well with others, he may be happier by himself as the leader of a community aquarium without any fellow dwarf cichlids.

Are rams peaceful fish? Like many cichlids, blue rams can be a bit feisty if the fish tank is too small or they are tending their eggs. However, they are relatively peaceful and are often kept in a community aquarium with other similar-sized fish that enjoy the same water parameters. Ram cichlids can live in community tanks as long as the other tank mates can tolerate higher temperatures and won’t eat them.

Can blue rams live with tank mates? Yes, they can live with almost any community fish that can tolerate the same high temperatures, such as tetras, Sterbai cory catfish, plecos, discus, angelfish, and other dwarf cichlids. Just don’t put them with super-fast eaters that will outcompete them for food or larger fish (like oscars) that may consider them as food.

What do Blue Ram Cichlids Eat?

In our experience, these cichlids are not very picky, so you can feed them just about any dry food from the pet store, like sinking pellets, freeze-dried bloodworms, and freeze-dried tubifex worms. They also love frozen foods, such as brine shrimp, cyclops, bloodworms, and mysis shrimp for larger adults. Give them a wide variety of foods to ensure they get all the essential nutrients and vitamins they need to stay healthy. Dean feeds his rams twice daily, particularly while they’re growing. But once they reach adulthood, they can be fed once per day.

What is the best way for German Blue Rams to breed?

Chances are, even in a community aquarium, a male and a female will eventually spawn somewhere. This is usually in a protected corner. However, if you want to set up a specialized breeding tank, get a 10-gallon aquarium with a lid and background to help them feel safer. Dean prefers to use bare-bottom aquariums with no substrate. But, you can add gravel if needed. Get a gentle sponge filter (or a small hang-on-back filter with a pre-filter sponge to prevent fry from begin sucked up), as well as an adjustable aquarium heater. You can place various spawning spots in the corners, including small terracotta saucers and flat river stones. To provide cover for the rams, place a large clump or java vine on the wood. This will allow the infusoria to grow on the wood. Ram cichlids breed very easily, but their eggs may get eaten by other fish and invertebrates if kept in a community tank.

High-quality food is a good way to get adults ready to breed. You can also feed them live baby brine shrimp daily. Dean believes that the parents will be more likely to care for the fry if there is a lot of fry food in their water. New parents may eat the first two or three spawns they lay, so if you want to save the eggs, place them in a specimen container with a few drops of methylene blue to prevent fungus growth. Once they hatch in 3 to 5 days, do a 50% water change every day to gradually remove the medication, and feed them infusoria several times a day as their first foods. Your job will be easier if you can help the parents care for the fry. Start feeding the fry live baby brine shrimp and powdered fry foods like Hikari First Bites, and the parents will guide their babies to where the food is.

Want to learn more about another type of dwarf cichlid that is easy to breed? Check out our complete care guide on Apistogrammas.