Is a Nano Aquarium Right For Me? 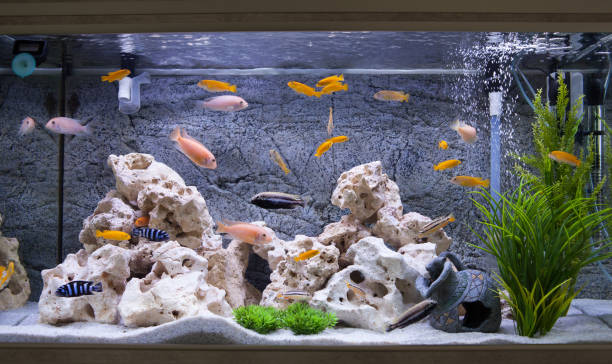 Is a Nano Aquarium right for me?

In recent years, the nano aquarium section of the aquarium hobby has been exploding in popularity. With many small fish becoming more available in the hobby, increased popularity of shrimp and other inverts, and even a few striking new discoveries in the last several years, the appeal has never been higher. Many people find the convenience of small aquariums to be very appealing. However, there are potential problems.

There are many definitions of “nano aquarium”, and each person’s interpretations will differ. For this article, I will be referring to tanks between five and twenty gallons, with five gallon aquariums only being appropriate for a hand full of species. Fish aquariums less than five gallons can be too small to sustain any aquatic creature for long-term, so they should be avoided. Because salt water is beyond my knowledge, I will only be referring to freshwater setups.

Let’s begin by acknowledging the challenges of a smaller aquarium. You’ve probably heard the expression “bigger is better” when it comes to aquarium size. Like many sayings, this is absolutely true. There is more room for error if you have more water in your aquarium ecosystem. People are well aware of the importance of regular water changes in order to maintain proper water chemistry. However, you should also consider that smaller tanks are more susceptible to temperature swings. Avoid placing them near a heat vent, or near a drafty entrance that can cause them too cold. You should also consider heat when deciding on the type of light to use because some light fixtures can produce enough heat to warm nano aquariums. Consider the size of the fish and their aggression level when choosing which species to keep. This is important for all aquariums. However, small aquariums are less tolerant to overstocking because there is less space for fish to escape from each other.

There are many benefits to having a nano aquarium. The reason that most people start with smaller aquariums is the cost. You can find inexpensive options for almost all of the components you need, including heaters and filters. Many places even offer all in one kits for an affordable price. It is also possible to get smaller quantities of many aquarium necessities such as substrate or chemicals. This allows for lower initial costs. These aquariums are small enough to fit into almost any home due to their size. You should place them somewhere that can withstand at least some moisture and the aquarium’s weight.

When it comes to what to keep in a nano aquarium, the possibilities are endless. You could stock with many of our smaller danio or rasbora species if you like schooling fish. There are many apistogramma species which would be great for twenty-gallon aquariums if you want a more dominant fish. With a little research and a lot of effort, freshwater shrimp from the genus neocaridina will be easy to keep. The nano aquarium can have some color added by snails like mystery and nerite, which are both beautiful and tidy. Many types of livebearers such as endlers or guppies can be kept in small tanks if you’re looking for fun breeding projects for your family.

In a nano aquarium, live plants can be a wonderful accent. These tiny aquariums are great for aquatic plants. They help hobbyists remove nitrate and other contaminants from the water. This helps to keep the tank balanced. Nano aquariums make it easier to create high-light environments for live plants because they have shallower depths for light to penetrate. You can even get all-in-one co2 kits for high tech environments, but these are not the most economical.

Regardless of if you are new to the hobby or an experienced fish keeper, a nano aquarium can be very rewarding. There are certainly many advantages, as well as a few disadvantages. If you don’t have enough space or wish to keep your aquarium hobby affordable, a nano aquarium could be the right choice.